The role of patient and public involvement in the design and running of research trials is becoming increasingly important as researchers strive to discover the clinical questions that matter to patients and their loved ones. The National Institute for Health Research (NIHR) funds the national advisory group INVOLVE, which aims to build support for active public involvement in NHS and public health research. However, it is also important that public involvement begins at the grassroots level within individual research departments and NHS trusts.

With this in mind, on 24 April 2013, the first meeting of the Clinical Research Ambassador Group (CRAG) was hosted by the Heart of England NHS Foundation Trust (HEFT) and the Academic Department of Anaesthesia, Critical Care, Pain and Resuscitation. A large turnout of patients, relatives, clinicians, researchers, managers and directors came together with the aim of promoting patient and public involvement.

Professor Fang Gao, Academic Department Lead, began the evening of seminars with a fascinating discussion of what a clinical trial is and why patient involvement is important in research. This set the scene for the rest of the event and highlighted that a clinical trial is designed with benefits to patient outcomes in mind, and therefore patient involvement has a paramount role to play in all stages of the clinical trial research cycle (figure 1). An example from the specialty of orthopaedic surgery demonstrated a discrepancy between the proportion of trials undertaken in different treatment spheres and patient opinion as to where research funding should be directed¹. This made it clear that while research may be taking place, it may not actually address the questions that matter to patients, their relatives and carers. 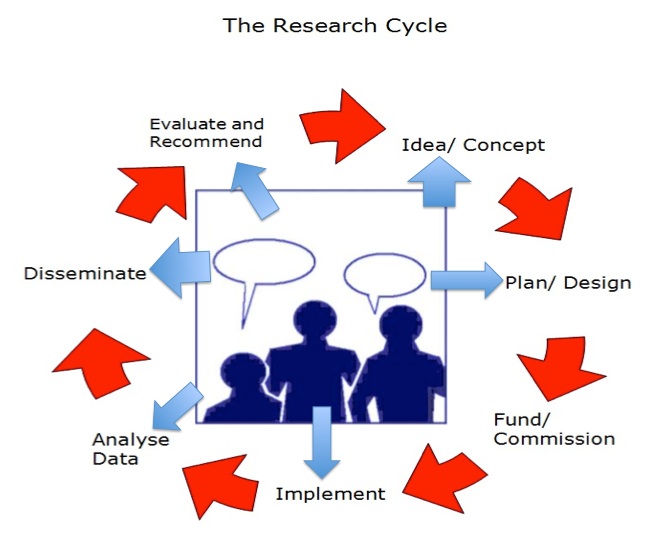 The evening moved on, with contributions from research fellow Dhruv Parekh and research managers Teresa Melody and Sarah Pountain. They discussed how public involvement was being carried out and promoted within current trials by the department, and how much more work was still needed. One telling contribution to the evening was from a former patient, who recounted her experiences as both a researcher in public health and as a patient. She emphasised how her thought process as a researcher changed as she took on the patient role, and the many fears and anxieties that accompanied it. This struck a chord with our patient audience and stimulated much discussion. One woman pointed out that while seemingly strong-minded patients often contributed to public involvement conferences, “sometimes it is the shy patient with concerns and an opinion that just needs that bit of support and guidance to voice their opinion”.

The evening ended with a discussion of how patients and relatives could get involved with the research process and the Clinical Research Ambassador Group. The success of the Group was clearly demonstrated by the feedback and interest received following the event. Since the event, interviews have been held with patients and their carers to gather their opinions and input. We also held a successful coffee morning event on 28 August, where our research fellows discussed their particular studies with our patient members. 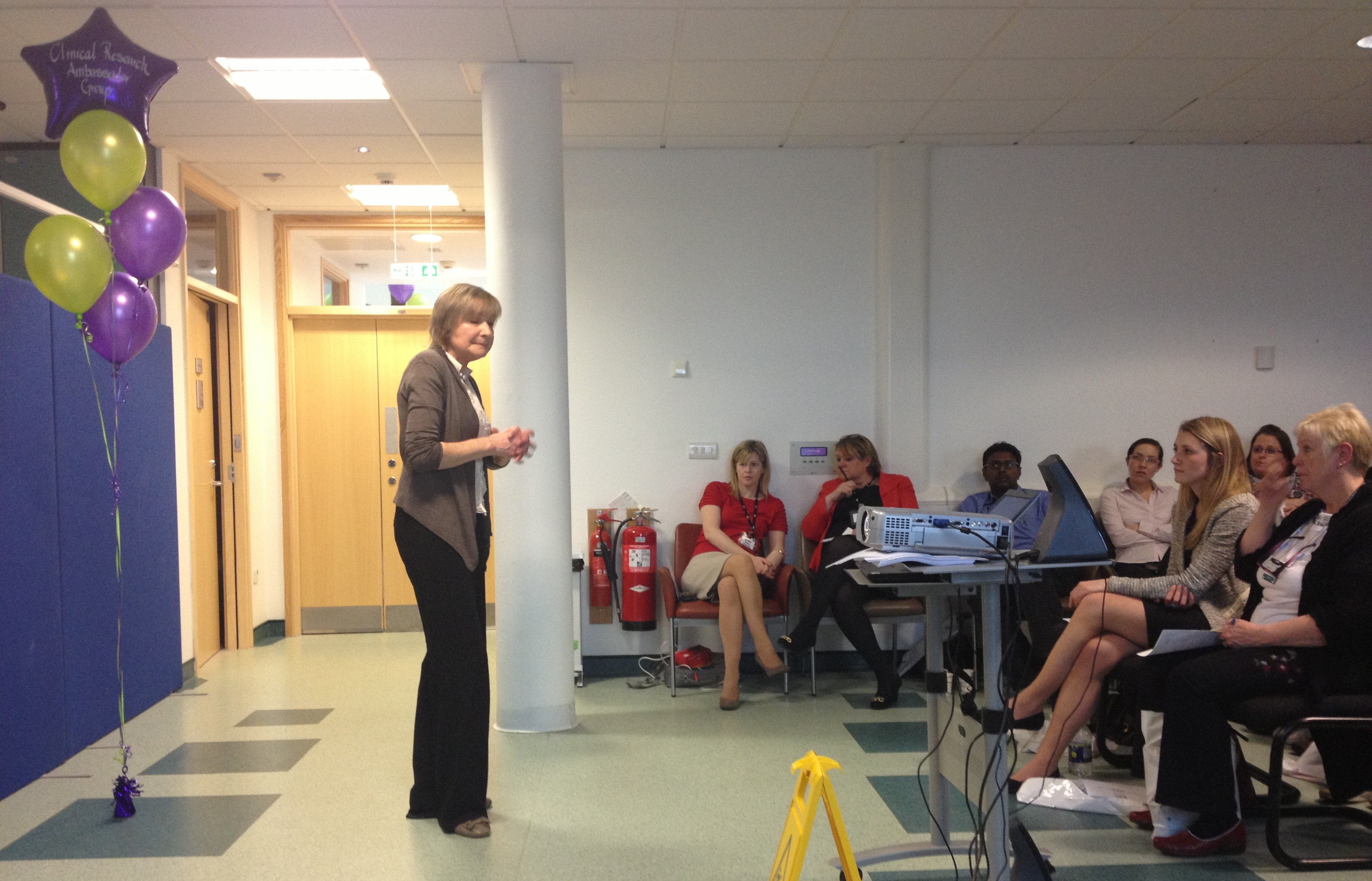 Patient and public involvement is being acknowledged as a crucial component of the clinical trial process, as shown by an increasing emphasis in funding application forms. Patients are increasingly being asked for their opinion to ensure adequate emphasis on patient opinion and safety, while lay panel members are being employed to assess the feasibility and design of a trial. Our patients have always had a voice and opinion regarding the development of their treatment and care – all that was lacking was an avenue through which it could be heard.