There is a long-standing tradition of actively involving patients in HIV research. However, there are some groups of people affected by HIV who have not been actively involved. This article explores the experiences of two studies by the Medical Research Council Clinical Trials Unit at University College London (UCL) that have tried to address this.

Adolescents and Adults Living with Perinatal HIV (AALPHI) is a study that follows a group of young people (aged 13-23) who were either infected with HIV when they were babies, or are HIV-negative and live with someone who is HIV-infected. This group is particularly hard to involve because of their age and the intense stigma around HIV. From the outset the study team worked with voluntary organisations that support young people with HIV to:

A group of HIV-infected young people rebranded the study as ‘ALFIE’, designing the logo and poster, and making a sock puppet video about the study. A young person is also on the study steering committee, and attends meetings with a mentor, meeting the chair beforehand to discuss how they want to contribute. 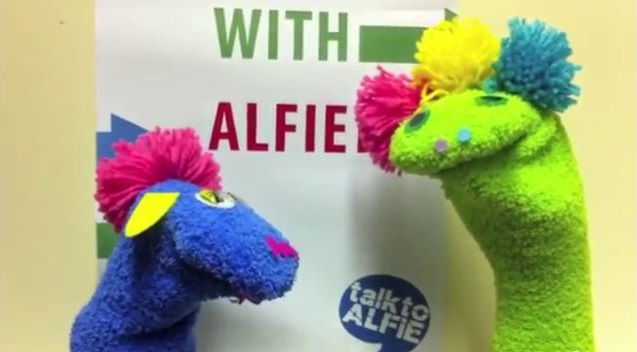 The input of young people made sure the questions and tests were acceptable and the study materials were appealing and understandable. Voluntary organisations have helped to promote the study to young people.

PROUD is an HIV prevention study for gay men at high risk of HIV. It is investigating what impact taking a drug called Truvada (which can reduce the risk of HIV infection) has on gay men’s sexual and risk behaviour, as well as HIV and sexually transmitted infections (STIs). This approach is called pre-exposure prophylaxis (PrEP) – taking a drug before exposure to the virus, to reduce the chance of becoming infected if exposed to it. This group has not traditionally been involved in research as they are not ‘patients’, and there is some stigma in the gay community around the use of PrEP. The researchers have involved the community in a variety of ways:

The Community Engagement Group helped to shape the whole trial from a very early stage. They provided advice about the acceptability of the study design and also advised on a change in the eligibility criteria.

Recruitment to the trial was initially slower than expected. The Community Engagement Group met to discuss this, and as a result HIV charities released a joint statement outlining their position on PrEP. This resulted in considerable media coverage. The Terrence Higgins Trust also used GRINDR (a gay social networking app) to raise awareness of PrEP. This boosted recruitment.

Participant involvement meetings have helped to inform the development of a larger trial application, changes to the data collection tools, new recruitment materials, and identify the need for additional participant support such as social media platforms.

There is no ‘one size fits all’ way to involve ‘seldom heard’ groups. Study teams must consider the needs and preferences of their target groups, and design the involvement approach around that. Doing so can result in involvement that has a real impact on the research.

* With thanks to those involved in patient and public involvement for the AALPHI and PROUD studies.

To find out more about patient and public involvement in the MRC CTU at UCL, visit www.ctu.mrc.ac.uk/our_research/patient_and_public_involvement/