By Karen Burnell, Julie Udell and Debra Ridley on behalf of the PEOPPLE project team

The PEOPPLE project stands for Putting Evidence for Older People into Practice in Living Environments, and the project team worked with older people in the city of Portsmouth to identify and address their unmet needs.

From the start the project team, based at the University of Portsmouth, knew that for the
research to be meaningful, it had to be relevant to older people in Portsmouth. The team
worked with members of the public from the very start and networked with organisations in the city to build up community relationships. These organisations acted as ‘gatekeepers’, meaning that the research team communicated through them to invite members to get involved. Two members of Engage, the University of Portsmouth’s user engagement panel, were coopted onto both the project team and steering group. The steering group was also made up of older people who were active in the community.

The PEOPPLE project method was made up of four phases and was developed through
meetings with our stakeholders (see Figure 1). Our stakeholders controlled the direction of the research and were involved in every phase.

Phase 1: Identifying unmet needs and research themes
In community workshops our stakeholders identified key issues around ageing, which were explored further in focus groups and interviews (66 members of the public were involved at this stage). Our two Engage members helped to analyse the information, and this gave us a set of five themes around ‘times of change’.

Phase 3: Evidence synthesis and project planning
The project team looked at the existing evidence for each of the seven questions and found that three could be developed into projects. We held a consultation workshop with our stakeholders to discuss the potential projects. The two Engage members of the project team facilitated group discussions during the day. Twenty people were involved; 18 from previous phases.

Phase 4: Research projects
The project team developed two projects in collaboration with Portsmouth City Council. The first was the development of a website holding community information. The second was to set up a social group in an area of Portsmouth that was in need. Both projects were based on ‘best practice’ from the existing evidence and also had important elements from the consultation workshops.

It was not all straightforward. The team made good links with organisations representing minority groups in Portsmouth, such as the Bangladeshi, Cantonese, African and Caribbean, and Deaf communities, who were involved in the focus group stage. Every attempt was made to keep them involved, but very few joined later phases. Interpreters were present, but perhaps language and cultural barriers remained and stakeholders
from these communities did not have the additional benefits such as friendship, networking and information sharing.

At the end of the project we held a Celebration Conference to feed back the project outcomes and thank our stakeholders for their involvement. The atmosphere was positive and warm and reflected the relationships between the project team and stakeholders.
www.port.ac.uk/peopple 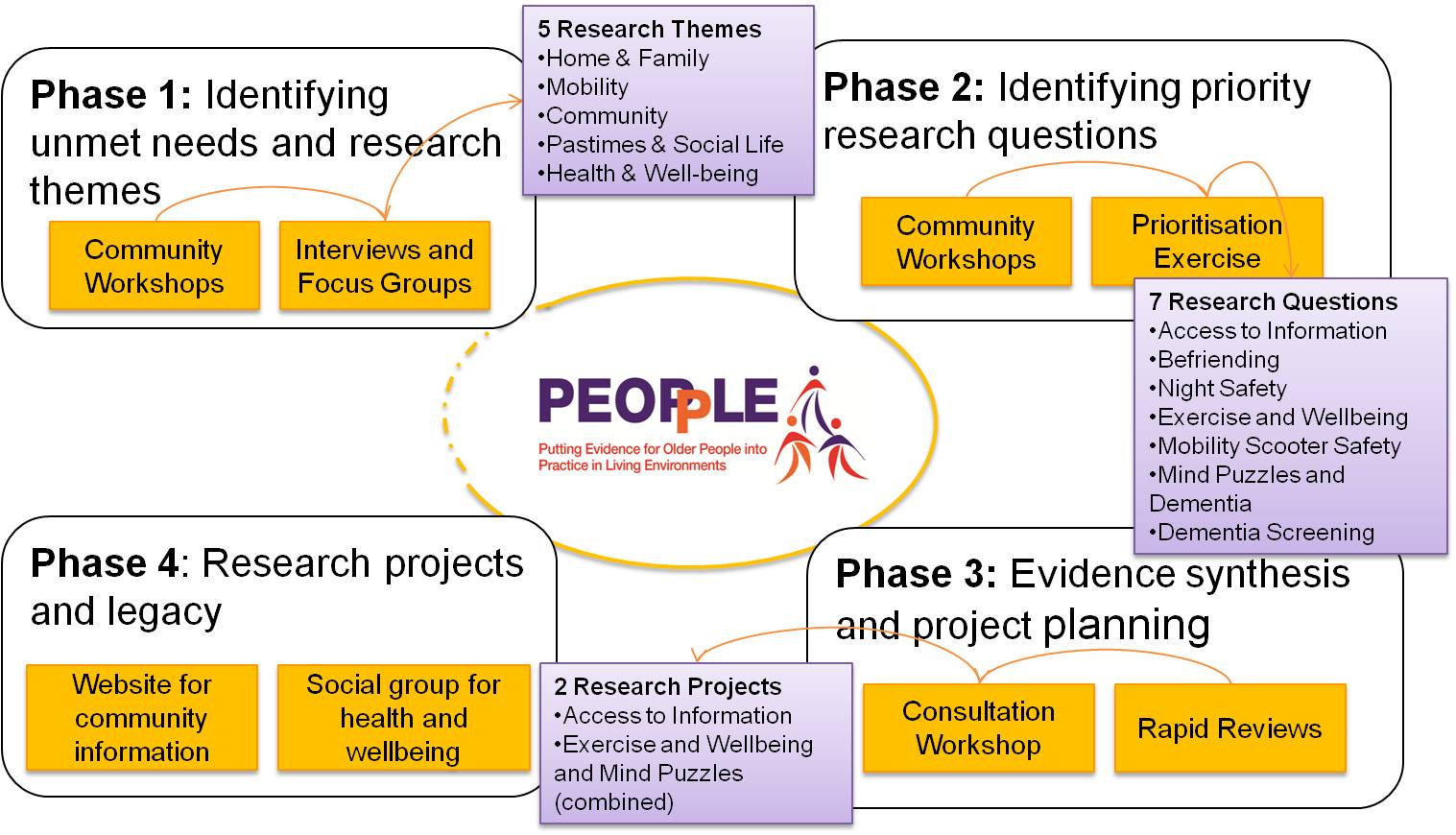 INVOLVE: www.invo.org.uk
Copyright: © 2022 INVOLVE
12 June, 2022
Use of this site indicates you accept the Terms of Use & Privacy Statement